Skip to content
German storage and server solutions provider RNT Rausch has announced that it has partnered with Submer Technologies to provide customers of all sizes with the latest server immersion cooling technologies. This partnership keeps RNT servers and BigFoot storage systems (a set of tools that allow mass data storage and analysis) fresh in a sustainable and environmentally friendly way. RNT aims to democratize immersion cooling to reduce the environmental impacts of current cooling systems that are voracious for energy and water.

The partnership between Submer and RNT allows companies of all sizes to deploy their data center almost anywhere. A small space is enough to accommodate the solutions and it is not necessary to install air conditioning units to cool the servers or expensive and sophisticated fire extinguishing systems. The room would require easy access control for one person, as well as occasional electrical adjustments to keep it secure. This cooling solution stores devices in one place, reducing space requirements and the cost of ownership and resources.

Immersion cooling is a computer cooling practice in which computer components and other electronic devices, including entire servers and storage devices, are immersed in a thermally conductive but electrically insulating coolant or dielectric fluid. Heat is removed from the system by circulating the relatively cold fluid in direct contact with the hot components, and then circulating the now heated fluid through cold heat exchangers. The system is not very popular at the moment, but things may change in the future. 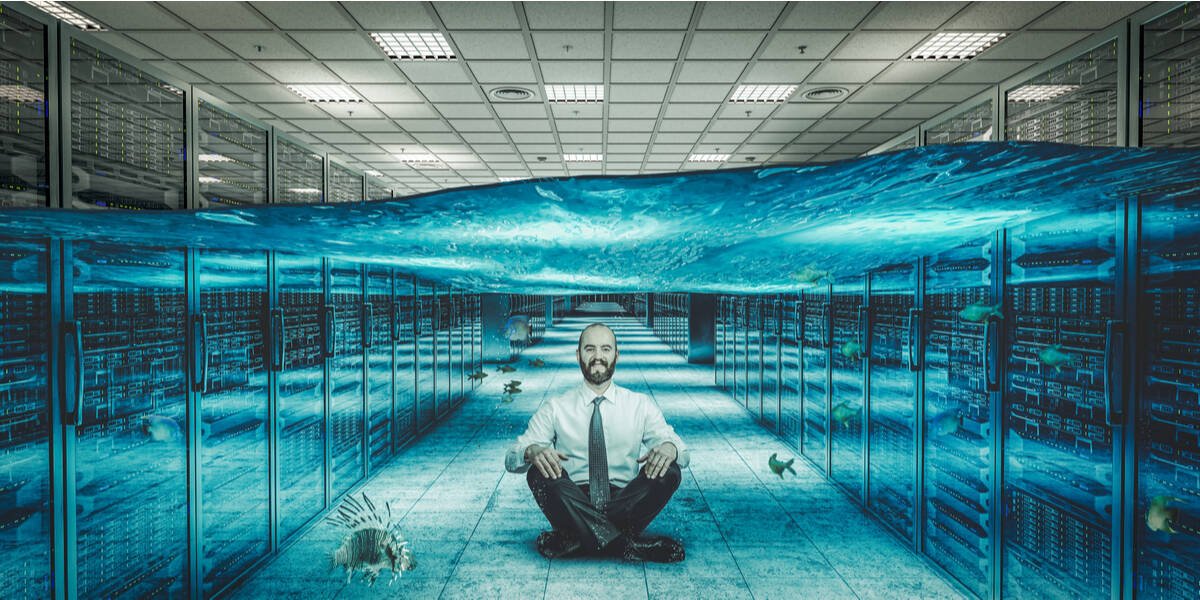 In fact, data centers are expected to drive growth due to the growing demand for energy-efficient and cost-effective refrigeration solutions. Deep learning, machine learning, the Internet of Things (IoT), smart cities, artificial intelligence (AI), cloud computing, and the blockchain are examples of emerging technologies that they require large data processing, which requires more computing power. According to industry experts, immersion cooling is capable of withstanding higher thermal loads than air cooling.

RNT’s partnership with Submer envisions the application of single-phase immersion cooling to the Storm Varioscaler server portfolio and RNT’s BigFoot storage systems. Single-phase immersion cooling means that the refrigerant never changes state (i.e., does not evaporate in gas) and is simply pumped through a heat exchanger to transfer heat to a water cooling circuit. According to RNT and Submer, traditional cooling methods involve high costs in terms of energy and water consumption.

For many organizations, this means a waste of money for these resources, which also take up a lot of space. Both companies claim that an air-cooled environment requires up to 10 times more space than immersion-cooled built environments. This partnership allows RNT Rausch and Submer to offer a complete and sustainable turnkey HPC solution, designed specifically for customer needs. “Partnerships like this are critical to the future of the industry,” said Daniel Pope, CEO and co-founder of Submer.

In addition, HPC deployments would not be the only ones that would need liquid cooling. According to Cisco, the next generation of AMD and Intel processors is expected to reach 400 W of power consumption, while high-end GPUs are already here and showing no signs of stopping. Dattatri Mattur, senior director of engineering for Cisco’s Cloud and Compute business, said that means air cooling will soon be inadequate, even for traditional servers, and many data centers will have to use some form of liquid cooling.

In addition, Submer and RNT believe that immersion cooling will help save the plant. Immersion-cooled data centers are extremely energy efficient. Companies with immersion cooling data centers can reuse not only the water from the pods, but also the heat to minimize waste. “It is also possible to cool more pods in liquid than in frame, reducing energy costs and therefore the company’s carbon footprint,” they explained.

“Submerged cooling has many benefits, not only to save space, but also energy, and it helps companies reduce their carbon footprint and be as sustainable as possible,” they add. RNT and Submer will be exhibiting together at ISC 2022 from May 29 to June 2 to show the solution to the HPC community and demonstrate how RNT’s BigFoot storage system speeds up data processing without causing a bottleneck in a set of uncontrolled liquid controllers.

While Submer and RNT are betting on single-phase immersion cooling, other players in the industry are more inclined to the two-phase technique. In April 2021, Microsoft announced who was exploring a new way to cool data center servers by immersing them in liquid baths. The server racks are immersed in a non-conductive fluorocarbon liquid specially designed for the occasion. The liquid, which has a boiling point below 122 degrees Fahrenheit (or 50 degrees Celsius), removes heat by directly flooding the components.

Microsoft is currently conducting the first tests at a data center on the east bank of the Columbia River. The company claims to be the first provider of cloud computing services to test it in production. “We are the first cloud provider to use two-stage immersion cooling in a production environment,” said Husam Alissa, a senior hardware engineer on Microsoft’s advanced data center development team in Redmond, USA. of Washington. The company believes that immersion cooling is the future.

Deploying two-stage immersion cooling production is the next step in Microsoft’s long-term plan to meet the demand for faster, more powerful computers in data centers at a time when reliable advances in computer chips Air-cooled have slowed, according to the company. dit.

What is your opinion on the subject?

What do you think about liquid or immersion cooling?

Do you think that this process will eventually replace air cooling?

Microsoft is now immersing its servers in liquid baths to improve their performance and efficiency, following the success of the Natick project that deployed stand-alone servers at sea.

The startup Lonestar announces its plan to bury a server farm on the moon, to save the memory of humanity that would be less secure on Earth.

Drought-affected communities rebel against data centers: data centers are irresponsible use of our water