According to the recurring theme of its 14th edition, the Dakar Biennale, or Dak’Art, held between May 19 and June 23, is projected in a new vision; seeking to bring together the various African artists, to create a new artistic representation of the continent, and to reinvent its place in the art market.

Entitled Just i Ndaffa (a Serer term for Forger), this edition seeks to redefine the place of African contemporary art on the world art scene, and to transform African creation into a bundle of innovations. As stated in a biennial statement, “this general theme refers to the founding act of African creation, which nurtures the diversity of contemporary African creativity, while projecting new ways of telling and apprehending Africa. It denotes the dynamics and the action of creating, recreating and kneading. “

One of the largest exhibitions of the biennial, a Carte Blanche, is dedicated to the work of Soly Cissé, a Senegalese painter and sculptor, whose work is a syncretic fusion of Basquiat’s expressionism and idiosyncrasies, under a bright texture, resembling reliefs. Soly Cissé is now an iconic figure on the African scene. A native of Dakar, he is a prodigy, and one of the few emerging artists in Africa to have a more prominent presence on the international art scene. 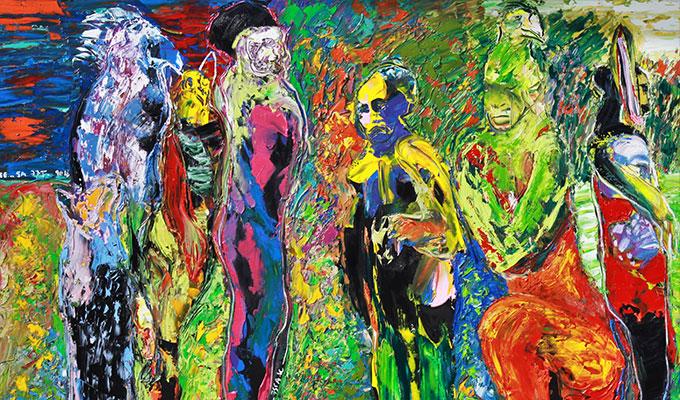 An artist with protean talents and pictorial references from distant worlds, Soly Cissé excels mainly in the production of acrylic paints.

This recent distinction is proof of recognition from a leading artist in African art. In keeping with the goals of the latest edition of Dak’art, African art is now honoring several regional art events with a global reach. Afirika Artfest, held from May 19 to June 21, features lesser-known, digitally digital African artists. In parallel, the latest edition of the 1-54 fair, held in Marrakech, is trying to provide a real crossroads of the African scene.

This scene, whose works are just beginning to break out of the label of ethnographic objects, now sees the genesis of its heyday. The artistic momentum of this last period is of growing interest in African works of contemporary art to collectors, both galleries and curators. African contemporary art is certainly more coveted in the art market. This rise reveals a kind of discovery of an artistic paradigm, immersed in isolation for a long time. In the early 1980s, African contemporary art was still labeled as ethnographic or traditional art, being part of heritage rather than plastic art. The recent craze for contemporary African art has transformed the continent’s position on the international art scene; in search of a new identity.

Today, we are witnessing the emergence of a new generation of African artists, such as Kwesi Botchway, Adennele Sonariwo and Tonia Nneji. These artists, mostly represented by African galleries, are at the forefront of a transformation of African art, in tune with its recent breath. As described in an article in The Art Newspaper, these artists “resist the expectations that they should be political or didactic, and instead focus on portraiture and scenes of African life.”

While contemporary African art is now gaining ground, there are still some structural gaps that are holding back its growth. Like Sotheby’s, Christie’s and Artcurial, several auction houses, museums and major international galleries have recently set up their own departments and collections dedicated to the continent’s artwork, or as in artistic language, non-Western artists. . These large institutions are now best placed in the face of the emerging African scene, fostering a more active representation of African artists by major international galleries. 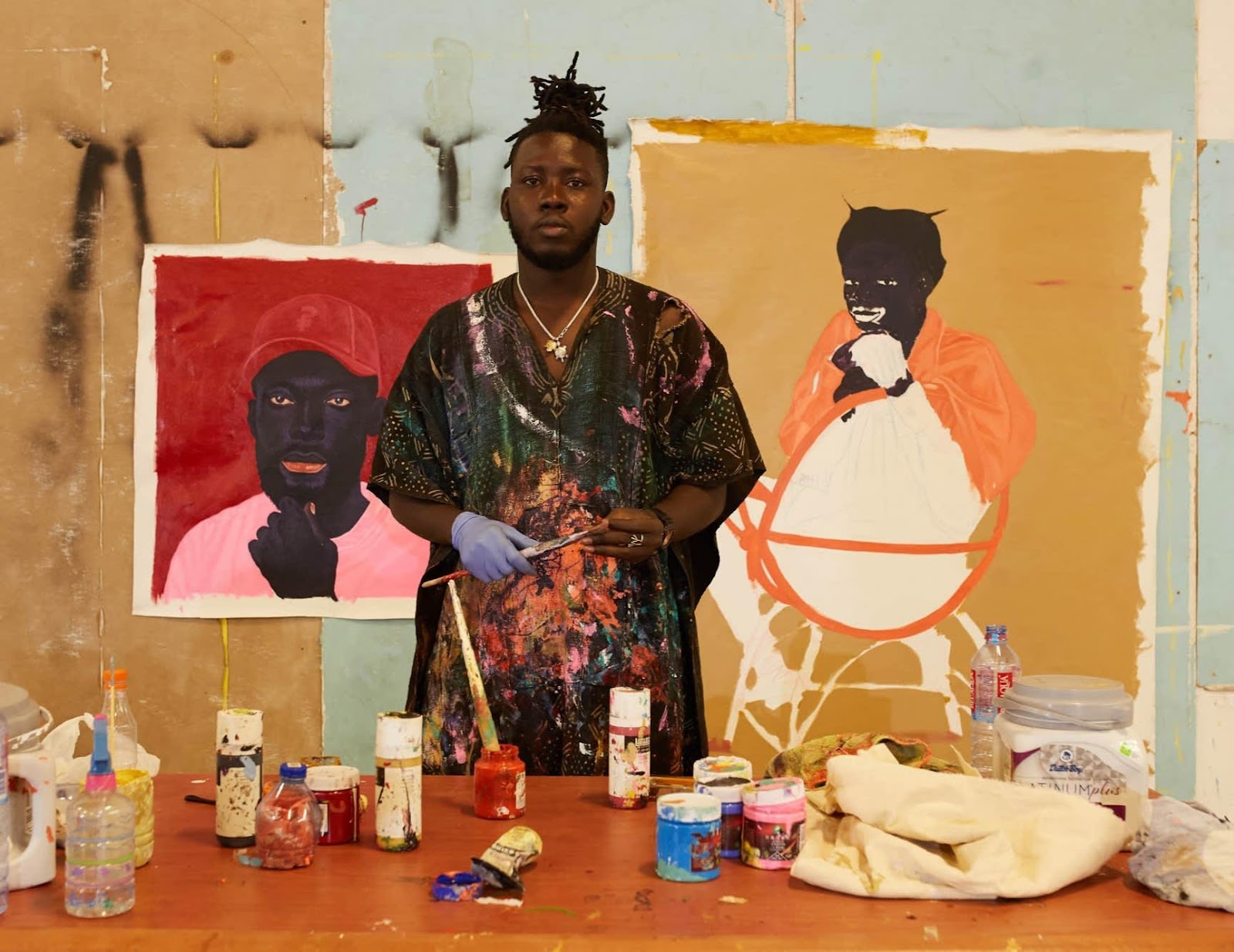 We are witnessing the emergence of a new generation of African artists, such as Kwesi Botchway (Photo), Adennele Sonariwo or Tonia Nneji.

with great potential, this boom is likely to pave the way for other gaps in the niches of the art market. A more active representation of African artists by international galleries is likely to generate more interest in this scene, but may also limit its local and regional reach. Commenting on the latest edition of Art Paris, an international trade fair that now focuses on African creations, researcher Flavie Dannonay said in an interview with RFI: “There were many artists from the African continent, but very few galleries based in Africa. It was mostly French or American galleries featuring African artists. ”

Despite a strong presence of international galleries, several young African galleries are now managing to push their pawns outside the continent, particularly in Paris; the capital of contemporary African art. Others, such as the Ivorian gallery Cécile Fakhoury, the Nigerian Retro Africa or Addis Fine Art, have favored a presence in other metropolises that are gaining ground.

While the increased presence of international galleries is evidence of a lack of local structures, access to the art market, which has been granted by several African artists, gives it a particular boost. With this in mind, the latest edition of the Dakar Biennial aims for a revision of the distinct codes and sensibilities of the African scene, which has only recently succeeded in establishing itself as a true source of talent and great works. It is part of a series of artistic events, aimed at invigorating the African scene, creating an ecosystem conducive to its growth, and accompanying this relentless flow of artists and creation that can create a real engine of development for this sector.